The China Study is a very powerful book filled with decades of research by T. Colin Campbell, Ph.D.  I highly recommend this book if you are interested in learning more about plant based diets and why specifically they are beneficial for your health.  Below is an article from the New York Times Health section written by Tara Parker-Pope 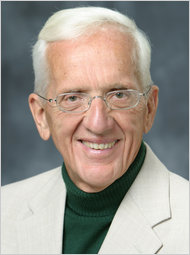 NUTRITION ADVICE FROM THE CHINA STUDY

Six years ago a small Texas publisher released an obscure book written by a father-son research team. The work, based on a series of studies conducted in rural China and Taiwan, challenged the conventional wisdom about health and nutrition by espousing the benefits of a plant-based diet.

To everyone’s surprise, the book, called “The China Study,” has since sold 500,000 copies, making it one of the country’s best-selling nutrition titles. The book focuses on the knowledge gained from the China Study, a 20-year partnership of Cornell University, Oxford University and the Chinese Academy of Preventive Medicine that showed high consumption of animal-based foods is associated with more chronic disease, while those who ate primarily a plant-based diet were the healthiest.

Last fall, former President Bill Clinton even cited the book in explaining how he lost 24 pounds by converting to a plant-based diet in hopes of improving his heart health. The president gave up dairy, switching to almond milk, and says he lives primarily on beans and other legumes, vegetables and fruit, although he will, on rare occasions, eat fish.

Recently, I spoke with T. Colin Campbell, a co-author of the book and professor emeritus at Cornell University, about the success of the book, the research behind it, and why he thinks the nation’s health woes can be solved by plant-based eating. Here’s our conversation.

How did you end up writing this book?

I have been in the field for a long time and had a major research program at Cornell. We published a lot of research over the years. My program had a good reputation. I’d finally gotten to a point where we’d discovered a lot of things that were very exciting, things that were provocative. Finally I sat down to write the book, to tell my story.

What was so unusual about your story?

In the beginning of my career I was teaching nutrition in a very classical sense. Nutrient by nutrient. That’s the way we did research, that’s the way I taught it. I came to believe, after doing the work we did in the Philippines and China, that there was a very different world of understanding nutrition. I ended up with a view now that is almost diametrically opposed to what I had when I started my career.

How have your views changed?

I was raised on a dairy farm. I milked cows. I went away to graduate school at Cornell University, and I thought the good old American diet is the best there is. The more dairy, meat and eggs we consumed, the better. The early part of my career was focused on protein, protein, protein. It was supposed to solve the world’s ills. But when we started doing our research, we found that when we start consuming protein in excess of the amount we need, it elevates blood cholesterol and atherosclerosis and creates other problems.

The problem is that we study one nutrient out of context. That’s the way we did research — one vitamin at a time, one mineral, one fat. It was always in a reductionist, narrowly focused way. But I learned that protein is not quite what we thought it was. We’ve distorted our diet seriously through the ages, and we have all the problems we have because of that distortion.

What loomed large for me was that we shouldn’t be thinking in a linear way that A causes B. We should be thinking about how things work together. It’s a very complex biological system. The body is always trying to restore health every microsecond of our lives. How do we furnish the resources for the body to use? In order to try to understand that, we shouldn’t be giving ourselves individual nutrient supplements. We shouldn’t be trying to discover which gene causes what. But those two areas have become the major focus of research over the years.

So how should we be eating?

I don’t use the word “vegan” or “vegetarian.” I don’t like those words. People who chose to eat that way chose to because of ideological reasons. I don’t want to denigrate their reasons for doing so, but I want people to talk about plant-based nutrition and to think about these ideas in a very empirical scientific sense, and not with an ideological bent to it.

Do you advocate a 100 percent plant-based diet?

We eat that way, meaning my family, our five grown children and five grandchildren. We all eat this way now. I say the closer we get to a plant-based diet the healthier we are going to be.

It’s not because we have data to show that 100 percent plant-based eating is better than 95 percent. But if someone has been diagnosed with cancer or heart disease, it’s smart to go ahead and do the whole thing. If I start saying you can have a little of this, a little of that, it allows them to deviate off course. Our taste preferences change. We tend to choose the foods we become accustomed to, and in part because we become addicted to them, dietary fat in particular.

If we go to a plant-based diet, at first it might be difficult, but it turns out after a month or two our taste preferences change and we discover new tastes and feel a lot better, and we don’t want to go back. It’s not a religion with me, it’s just that the closer we get to a 100 percent plant-based diet, the better off we’re going to be.

Have you been surprised by the success of your book?

I have been a little surprised. When I finished writing the book with my son, who had just finished medical school, I didn’t know how well it was going to do. We had an agent who shopped the manuscript around, and the publishers all wanted 60 to 70 percent of the pages to be recipes. I said, “That’s not my shtick.” They wanted me to dumb it down.

I went to a small publisher in Texas who let us do what we wanted to do. I didn’t want to proselytize and preach. I didn’t want to write a book that says, “This is the way it has to be.” It’s a chronology. Here’s how I learned it, and let the reader decide. I say, “If you don’t believe me, just try it.” They do, and they get results. And then they tell everybody else.