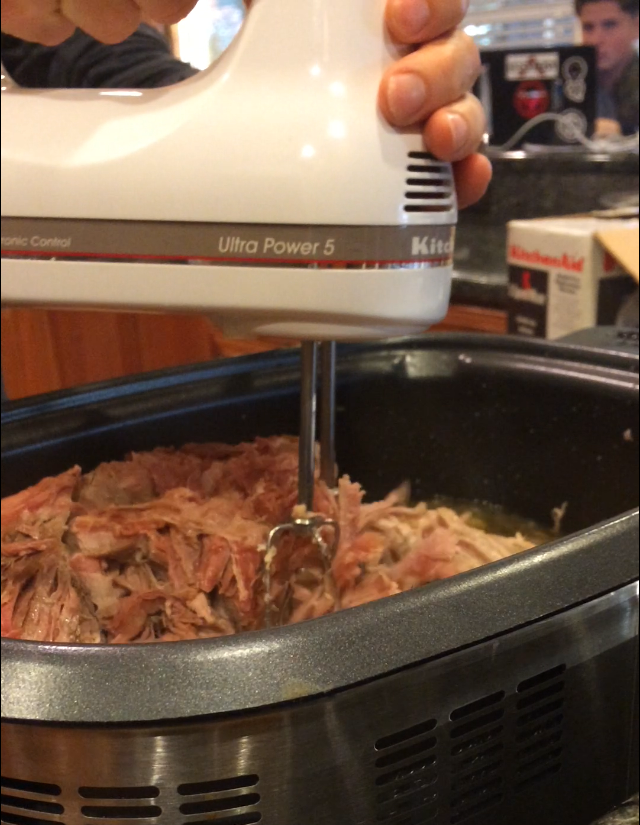 This is seriously the easiest shredded pork recipe I have ever made.  When Fall comes around my crockpot / slow-cooker gets dusted off and is responsible for a lot of my meal prep.

I saw a recipe for Kalua Pork and Cabbage in the Taste of Home magazine I randomly started getting (I didn’t subscribe) and was really excited to try it because it looked so easy.

As usual I made some modifications to suit my taste.  The original recipe called for salting the pork prior to putting it into the slow cooker.  I did that and it was WAY too salty (I used about 1/2 of the recommended salt).  Needless to say, this step is totally unnecessary and I will omit it all together next time since bacon is salty enough on its own.

The original recipe also called for pork shoulder / butt and all I had on hand was pork sirloin roasts from Costco (They come in a 4-pack; see image below from 2 Wired 2 Tired). 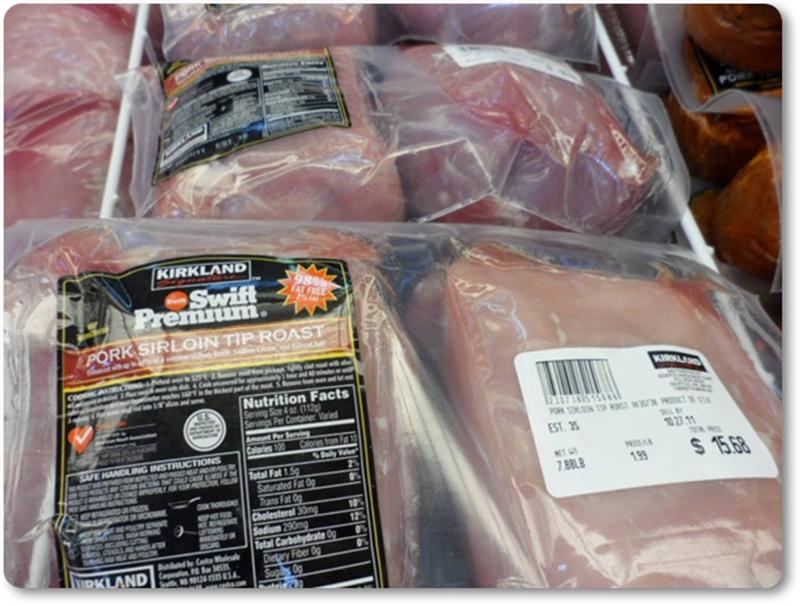 The pork turned out really well and is definitely something I will be making again.

Line the bottom of the crockpot / slow cooker with 4-5 pieces of bacon.

Place the 2 pork sirloin (or shoulder/butt) roasts on top of the bacon and cover the roasts with the remaining bacon.

Turn the crockpot / slow cooker on to low for 8-10 hours.

Shred the pork with either 2 forks OR a handheld mixer (only takes 10 seconds…be careful not to overdo it with the mixer or it will become mush).